Posted at 13:17h in News by Galleria Clivio
Share

The Clivio Gallery announces SIMONE RACHELI among the 80 finalists of the COMBAT PRIZE 2019 Sculpture/Installation Section award with the work: 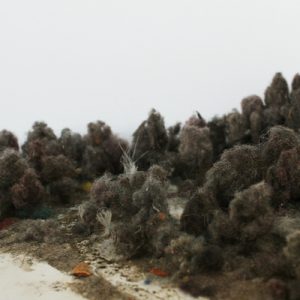 The COMBAT PRIZE was created to initiate an investigation among the most interesting proposals of the international reality of art. The name COMBAT takes its conceptual inspiration from combat films, films made by American military cameramen during the Second World War fights, in which the horrors of war were often filmed on the front line and live to document and show the American population – certainly not yet prepared for this TV truth – what was happening, including the bloodiest episodes.

The COMBAT PRIZE purpose has the same objective, perhaps ambitious but certainly effective from the cultural point of view: to be at the forefront of the search for the different paths within the international artistic panorama and at the same time to document what is happening in contemporary languages.  The COMBAT PRIZE represents a new model of investigation based on the creation of a culture unrelated to any purely commercial discourse.

Through artistic research, the COMBAT PRIZE, therefore, promotes a fruitful and non-trivial confrontation-clash, a sort of cultural fight that is more necessary than ever and vital in the current uncertain historical period.

Google Analytics is a web analytics service provided by Google Ireland Limited (“Google”). Google uses the Personal Data collected to track and examine the use of this Application, compile reports on its activities and share them with other services developed by Google.
Google may use your Personal Data to contextualize and personalize ads in its advertising network.
This Google Analytics integration anonymizes your IP address. The anonymization works by shortening the IP address of the Users within the borders of the member states of the European Union or other countries that are members of the Agreement on the European Economic Area. Only in exceptional cases, the IP address will be sent to Google's servers and shortened within the United States.

Google Maps is a maps visualization service provided by Google Ireland Limited. This service is used to incorporate content of this kind on its pages.

Google Fonts is a service used to display font styles operated by Google Ireland Limited and serves to integrate such content into its pages.